For more details regarding the CSA initiative or the research on Genetic Solutions for soil depletion please contact: siasyna@gmail.com 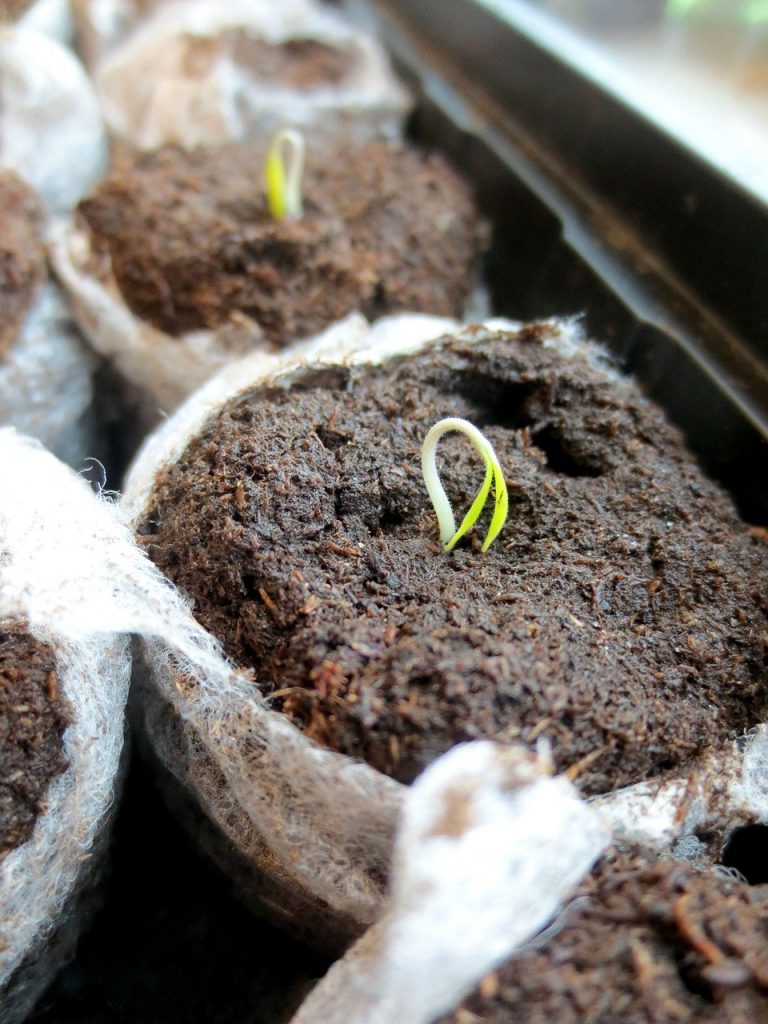 Congress has passed a Clean Water Act and a Clean Air Acts, but not a Clean Soil Act. Industrial pollutants are globally released into the soil due to the absence of restrictions. The EPA publicized the 503 sludge rule in 1993, allowing these pollutants to pass through sewer systems and be treated with lime for application to farms, forests, school playgrounds, public parks and other public and private lands. Heavy metal soil contamination and microplastic pollution is especially a large issue in urban areas, or human concentrated areas, because of the greater amount of vehicles and buildings. However, this does not mean that other soils are not at risk, and action must be taken to ensure the safety for all soils.

Without a Clean Soil Act in place, the rate at which more soils are being contaminated will continue to increase. The release of toxic heavy metals into the soil is the result of industrial facilities, mining, manufacturing, and pesticides. Some of the most common heavy metals found in contaminated soils are arsenic, cadmium, nickel, zinc, chromium, copper, mercury, and lead. For the risk that toxic heavy metals pose for a human beings health, the listed industrial and agricultural practices are too common, and there is no existing federal regulation regarding the limitations of and prevention of soil contamination.

why is soil so important

Our soil is the basis of all land we walk upon, the plants we grow, and the food we consume for our health. The soil biome is made up of bacteria, protozoa, fungi, and nematodes. Soil particles hold the nutrients that bacteria and fungi harvest, so a healthy soil biome is required to supply nutrients to plants and encourage plant growth. Nutrient cycling for plants involves the processes of photosynthesis, decomposition of dead plant material, and organic matter. However, human actions have led to disturbances in the soil’s biome and food web, including but not limited to the usage of fertilizers, the usage of pesticides, and plowing. Majority of our soils have been depleted due to certain farming methods and overusing of land.

Enhancement of soil health will lead to the enhancement of our own health. In the past, soil has been tampered with due to human actions such as farming and the addition of pesticides. Farming methods degrade the soil and cause it to release excess water, nutrients, and carbon. Soil loses its true nutrients and minerals, and crops are genetically modified or fertilized synthetically as a means to replace these nutrients. The true vitamins are lost, and harmful chemicals are introduced into the food we eat. Additionally, our land is getting drier and our earth is looking at mega droughts in the future, especially in the western coast of the United States. As the soil is healthier and retains nutrients, the amount of chemicals introduced in the environment will reduce drastically as a result, serving to improve the health of all those consuming the very food grown on the land we walk on.

Depleted soils are leading our Earth to a point of no return. Soil degradation occurs due to mismanagement of soil fertility, loss of structure, soil erosion, and depletion of soil organic carbon. Although pesticides can lead to crop abundance and pest resistance, they disguise true nutrients, ridding plants of their true health and nutritional benefits. Soil degradation is what unbalances the soil food web: the bacteria, fungi, protozoa, and nematodes in the soil make up the soil food web as they break down organic matter to release nutrients to the soil and plants.

An unbalanced soil food web, with thanks to soil depletion, will not be as efficient in breaking down soil organic matter for nutrients in roots, and consequently, less nutrients are available for plant absorption. The degradation of soil inhibits its ability to retain sufficient water. Drying soils that retain less water hinder plant growth. Water in the soil is necessary, because it allows for the efficient absorption of nutrients in the soil. Synthetic fertilizers and pesticides can compromise soil’s protection from disease by replacing and robbing it of its true nutrients, but water retention can provide disease resistance by helping the soil absorb the right nutrients.

Adequate soil moisture will thicken the soil as it holds in more water, allowing plant roots to extend deeper into the soil. This strengthens plant growth, ability to withstand weather conditions, and as a result produce more. Improved water retention can help slow down the rate at which soils are depleting.

How does this affect us?

During photosynthesis, plants absorb carbon dioxide from the air and transfer carbon rich compounds to the soil through the roots of the plant. This carbon is important for the soil, because it helps the growth of bacteria and fungi that are crucial for nutrient cycling. Majority of the carbon in soil is stored in fungi. When plants are growing poorly and functioning improperly, enough carbon is not released into the soil, and instead gets released into the atmosphere. The depleted soils will hurt the plants’ ability to absorb nutrients released from the soil, and poor plant growth will harm the functions that are responsible for efficient carbon sequestration. When extra carbon is released into the atmosphere, the atmosphere’s carbon levels increase at a higher rate than the carbon which is sequestered into the soil.

Carbon in the atmosphere is at a higher number now than it has ever been, and a domino effect of issues starting from mismanagement of the soil and poor water retention has led to this. Higher temperatures have been directly correlated to higher atmospheric carbon levels, and global warming is affecting us as humans directly. Droughts are approaching us in the near future, especially in the western United States of America. A stop to climate change and global warming comes from a change in the soil.

Drought, due to global warming and lack of soil moisture, is what will lead us to famine in the next 50 years. The dried land is inadequate for the growth of crops that will feed us. The population is rapidly increasing, and the abundance of crops, without pesticide use, is decreasing due to soil depletion.

Some actions we can take now include decreasing waste and adjusting to a plant based diet. Nonetheless, the most effective action we can take towards being able to feed our growing population is to restore our soil from degradation.

Genetic solutions are increasingly being used in agriculture and land systems, and can be seen as a potential solution for climate change through a means of soil. Soil water retention is crucial to prevent degradation of soil and promote carbon sequestration into the soil. As soil moisture is a large contributor to climate change, genetic modifications to soil water retention can have a greater potential for improvements in comparison to permaculture. Using Crispr-Cas9 technology to genetically modify a microbe, such as mycorrhizal fungi, can make the microbe attract water. Inserting and attaching these genetically modified microbes to soil particles can increase the retention of water in soil’s pores.

The Lawrence Berkeley National Lab, very recently, found success in the genetic modification of microbes using CRISPR technology, to produce a “compound of interest.” They tested product substrate pairing by performing experiments with a soil microbe, Pseudomonas putida, which was engineered to make a blue pigment. They used CRISPR to block expressions from certain genes. Their success with CRISPR in gene expression of microbes is fundamental.

If the same method is used for water attraction into soil particles, improved soil moisture will thicken the soil, allowing plant roots to extend deeper into the soil. This enhances plant growth, ability to withstand weather conditions, and as a result produce more. Improved water retention can help slow down the rate at which soils are depleting.

Stronger plants will have improved functions in sequestering carbon into the soil, and releasing less carbon into the atmosphere. Increasing water retention in soil with technology will lead to the domino effect that is saving our plants, reversing climate change, stopping global warming, and preventing mass starvation.

Toxic metals in soil prevent necessary degradation of organic matter, and are relatively abundant in the soil, as they themselves are unable to be chemically or microbally degraded. If a human is to make direct contact with the contaminated soil, they are at great risk for poisoning. More regular implications of heavy metals can be derived from the health hazards raised by consumption of food grown in the soil or drinking contaminated groundwater.

Heavy metals in soil create risks in the ecosystem by the means of disruptions in the soil food web, less space for crop production, and poisoning for animals. The effects of pollution from toxic heavy metals can also create unfavorable effects on soil microbial communities. Contaminated soils have recorded higher genetic diversity in their microbial communities relative to that of uncontaminated soils, based on a study in China, and this can be accredited to the fact that heavy metals alter the functions and composition of soil microbes. The scientists working with this study noted that higher concentrations of toxic heavy metals were correlated with a decrease in bioactivity and richness, as well as changing microbial diversity.

Consumption of produce grown from intoxicated soils has been linked to kidney damage, bone damage, nerve damage, cancer, and other diseases. Even greater are the risks to children’s health as they are in development stages. There is not enough testing done to make conclusions based on the hazards of certain concentrations of heavy metal in soil, inhibiting the ability to control the amount specifically.

Technologies can be further implemented and perfected to improve testing and management of metals in the soil. Soil washing is a treatment that minimizes waste. In this process, the majority of the metals are removed from the soil and the host soil particles (holding most of the contaminants) are physically separated. The separated soil particles are released to hazardous waste landfills. Although it is still being tested, phytoremediation, also known as phytoextraction, is another cleanup method that removes soil contaminants by using metal accumulating plants that can break down organic contaminants. Plants can naturally take up nutrients to amounts that are in accordance to the plants’ requirements, as well as gather heavy metals to remove from the soil. Immobilization technology is another technique that uses organic and inorganic amendment to alter soil through a series of complex processes, ultimately reducing metal contamination.